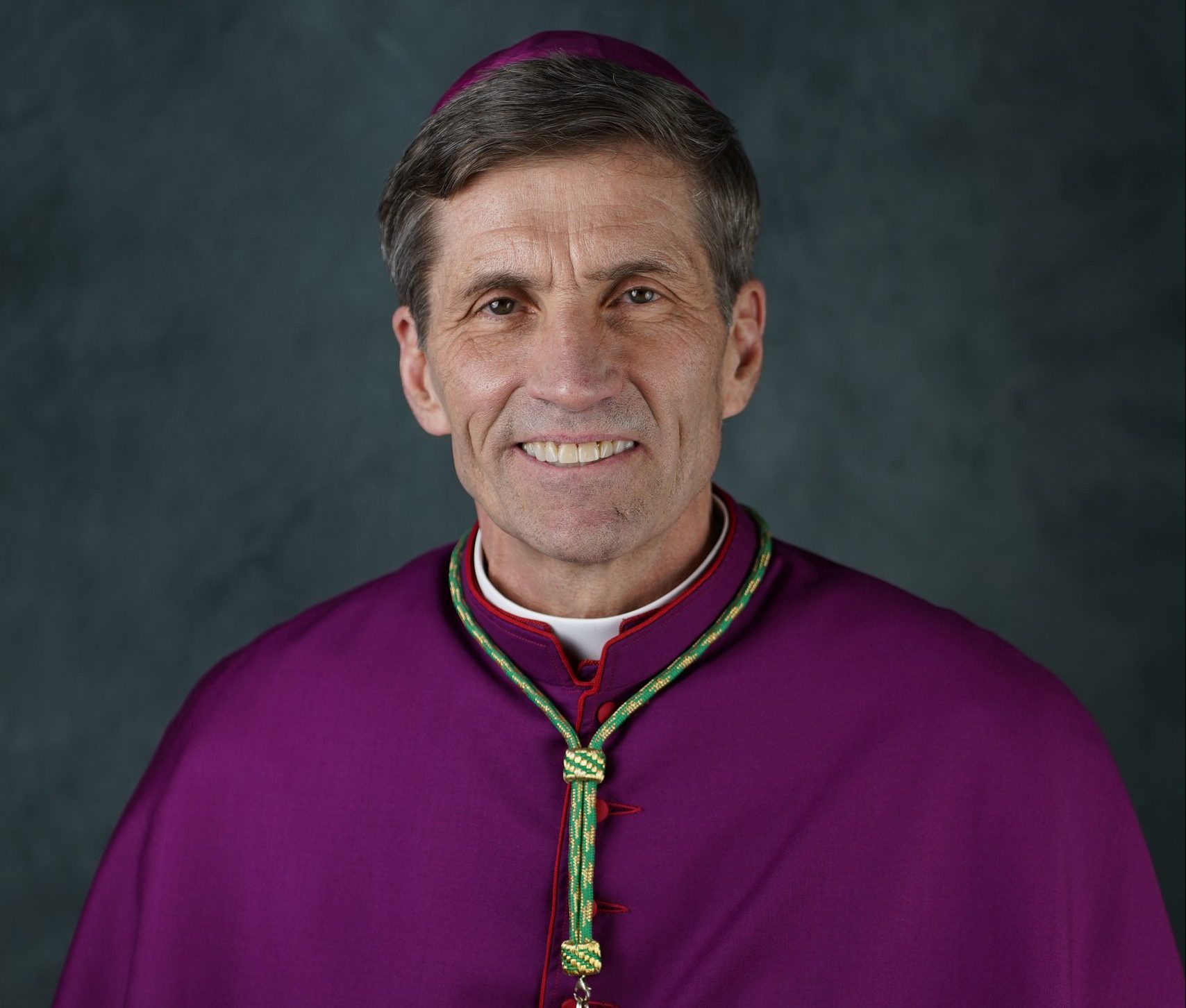 The Catholic Diocese of Wilmington has announced that the ordination and installation of Bishop-elect William E. Koenig as the 10th Bishop of Wilmington on July 13, 2021 at 1:45 p.m. will be live-streamed from St. Elizabeth Church in Wilmington, on the Diocesan YouTube channel – YouTube.com/DioceseofWilm, and carried live on the Catholic Faith Network (CFN) serving New York, New Jersey and Connecticut.  The Mass will also be available on-demand via CFN on Roku, Apple TV, Amazon Fire TV, Android or the free CFN app. CFN will also be encoring the Mass at 8:00 pm that night. Additionally, viewers throughout the United States and Canada can watch a delayed broadcast of the Mass on EWTN: Global Catholic Network, on Thursday, July 15, 2021 at 3:00 p.m. 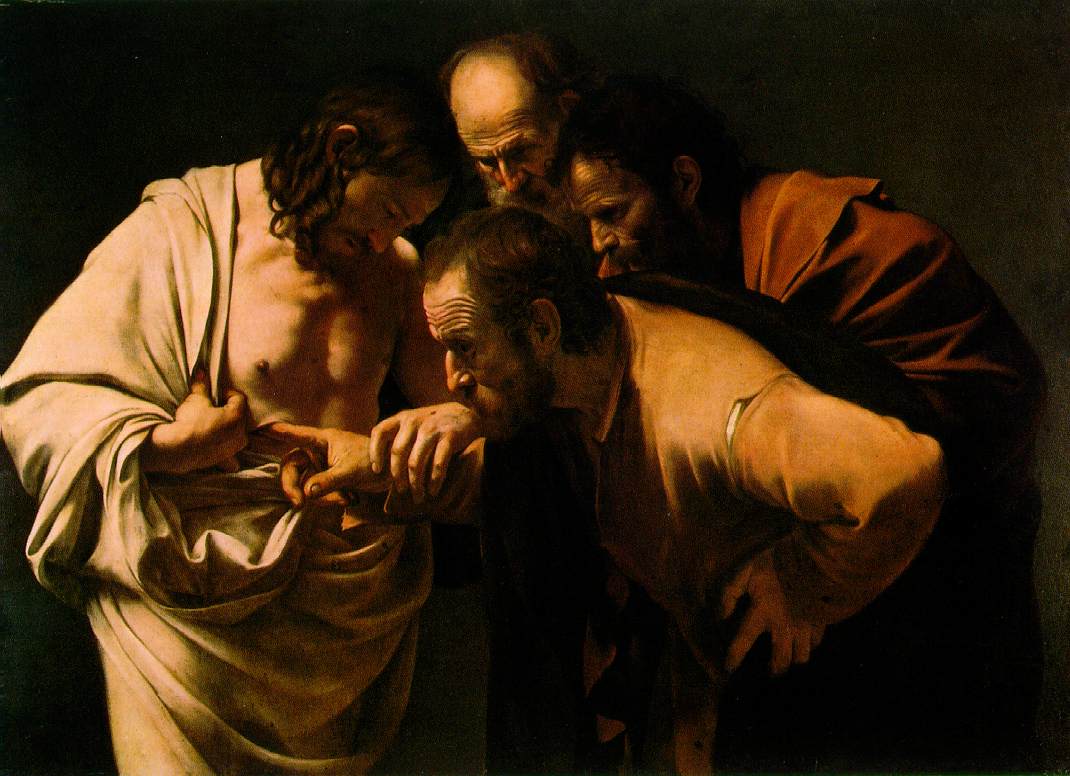 Birth Unknown
Death Stabbed with a spear c.72 in India

Little is recorded of St. Thomas the Apostle. Thomas was probably born in Galilee to a humble family, but there is no indication that he was a fisherman. He was a Jew, but there is no account of how he became an apostle to Christ. Nevertheless, thanks to the fourth Gospel his personality is clearer to us than some of the other Twelve. Thomas’ name occurs in Matthew (10:3), Mark (3:18), Luke (6) and Acts of the Apostles (1:13), but in the Gospel of John he plays a particularly distinctive part. Thomas is often condemned for his lack of belief, but Thomas was equally courageous, willing to stand by Jesus in dangerous times. He also relentlessly sought the Truth. Like an inquisitive child, he constantly asked questions. And, his wonderful profession, “My Lord and my God,” is the clearest declaration of Jesus’ divinity in Holy Scripture.

Thomas, Loyal Follower
When Jesus announced His intention of visiting the recently deceased Lazarus in Judea—a few miles from Jerusalem and dangerously close for someone as unpopular as He—Thomas said to his fellow disciples: “Let us also go, that we may die with him” (John 11:16). When the worried disciples wanted to keep Jesus from going for fear He would be stoned, Thomas, in a moment of bravery not often expressed by the Apostles before Pentecost, rallied the others to stay by their Master come what may.

Thomas, Inquisitive Student
Later, in John 14:1-5 it was St. Thomas who raised an objection prior to the Last Supper:

“Do not let your heart be troubled; believe in God, believe also in Me. In My Father’s house are many dwelling places; if it were not so, I would have told you; for I go to prepare a place for you. If I go and prepare a place for you, I will come again and receive you to Myself, that where I am, there you may be also. And you know the way where I am going.”

Thomas said to Him, “Lord, we do not know where You are going, how do we know the way?”

With the keenness typical of the Twelve, Thomas misunderstands Jesus’ reference to His death and resurrection. Thomas’ question provides Jesus an opportunity to teach one of the most profound and difficult truths of His ministry. Jesus said to Thomas: (John 14:6) “I am the way, and the truth, and the life; no one comes to the Father but through Me.”

Thomas, Doubting Apostle
Lastly, and more famously, St. Thomas is remembered for being absent from the Upper Room the first time Jesus appeared to the disciples after His Resurrection. Thomas dismissed the accounts of the others by saying, “Unless I see the mark of the nails in His hands and put my finger into the nail marks, and put my hand into His side, I will not believe”(Luke 20:25). Eight days later Thomas made his act of faith. He fell at the feet of Jesus and said, “My Lord and my God!” and Jesus replied, “Because you have seen me, Thomas, you believed. Blessed are they that have not seen, and yet believe” (John 20:25-29). This incident gave rise to the expression “doubting Thomas.”

Thomas, Reluctant Missionary
Accounts of Thomas’ missionary activities are unreliable, but the most widely accepted report holds that he preached in India, although he was reluctant to start the mission. According to the Acta Thomae, the apostles divided up the world for their missionary labors, and India fell to Thomas. However, Thomas claimed that he was not healthy enough and that a Hebrew could not teach Indians; even a vision of Christ could not change his mind. Christ then appeared to a merchant and sold Thomas to him as a slave for his master, a king who ruled over part of India. One story suggests that Thomas offered to build a palace for the Indian king that would last forever. The king gave him money, which Thomas gave to the poor. Asked to show his progress, St. Thomas explained that the palace he was building was in heaven, not on earth. Ultimately, after giving into God’s will, Thomas was freed from slavery. He planted seeds for the new Church, forming many parishes and building many churches along the way.

To this day, Saint Thomas is venerated as the Apostle of India. In fact, there exists a population of Christians along the Malabar Coast, on the western coast of India, who lay claim to conversion by St. Thomas. Their tradition holds that he built seven churches, was martyred during prayer by a spearing on the “Big Hill” near Madras, and was buried in Mylapore, on the east coast of India. Ultimately, St. Thomas’ remains were transported to Ortona, Italy, where they reside today.

Sources: Catholic Encyclopedia, by Herbert Thurston; For All The Saints, by Katherine Rabenstein 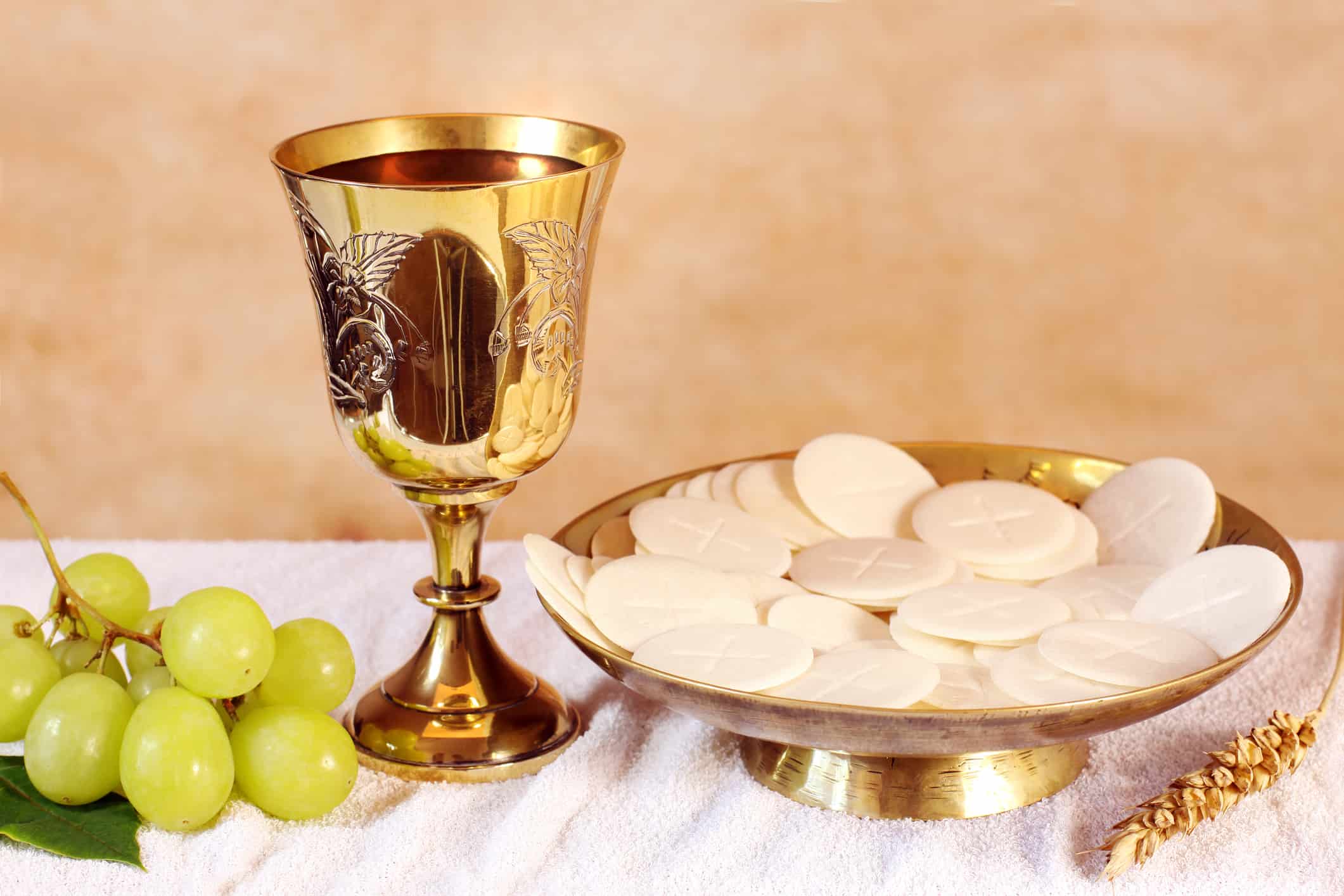 The Most Reverend W. Francis Malooly, Bishop Emeritus and Apostolic Administrator of the Catholic Diocese of Wilmington, has lifted the dispensation, thereby reinstating the Sunday and Holy Day Mass obligation for Catholics in the Diocese of Wilmington, effective June 26, 2021. The announcement was made on June 2, 2021 as part of a joint statement from the bishops of the Province of Baltimore and the Archdiocese of Washington which can be found here. 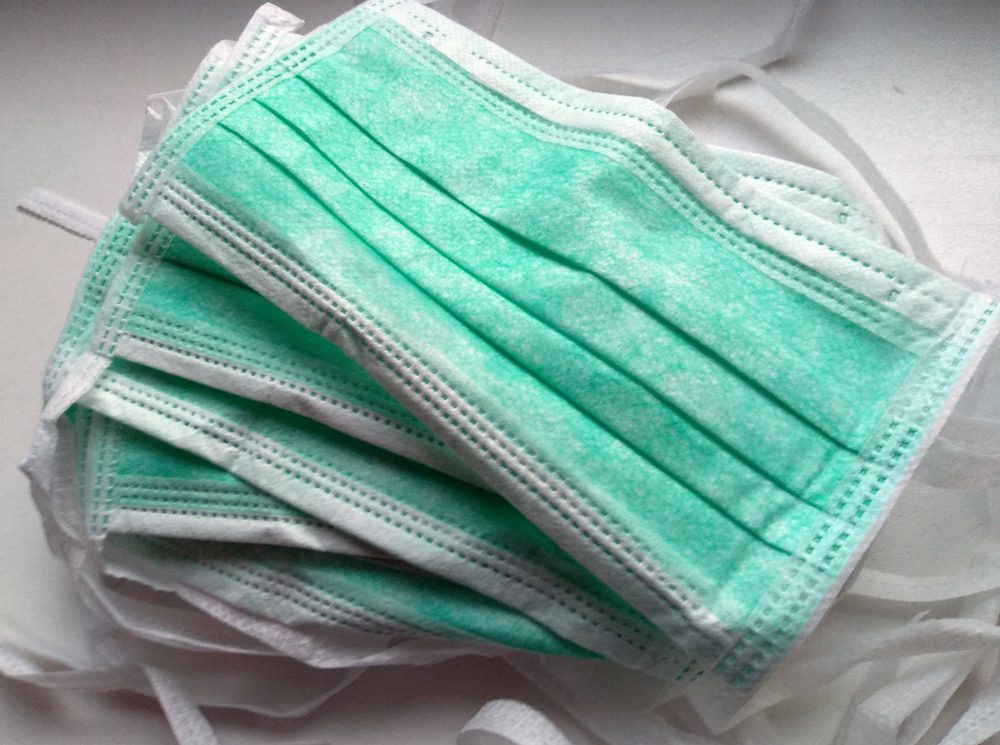 In light of CDC recommendations and Governor Carney’s executive order, Bishop Francis Malooly has issued new COVID-19 guidelines for all parishes in the Diocese of Wilmington.

The new guidelines can be found here. 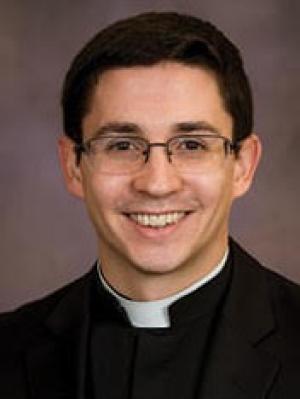 Brennan was ordained to the diaconate on Saturday, May 15th at the Cathedral of St. Peter, by the Most Rev. W. Francis Malooly.  As a “transitional” deacon, Brennan will return to the seminary in August for one final year of studies before being ordained to the priesthood sometime in the spring of 2022.  We are very proud that St. Thomas was part of Brennan’s formation journey. 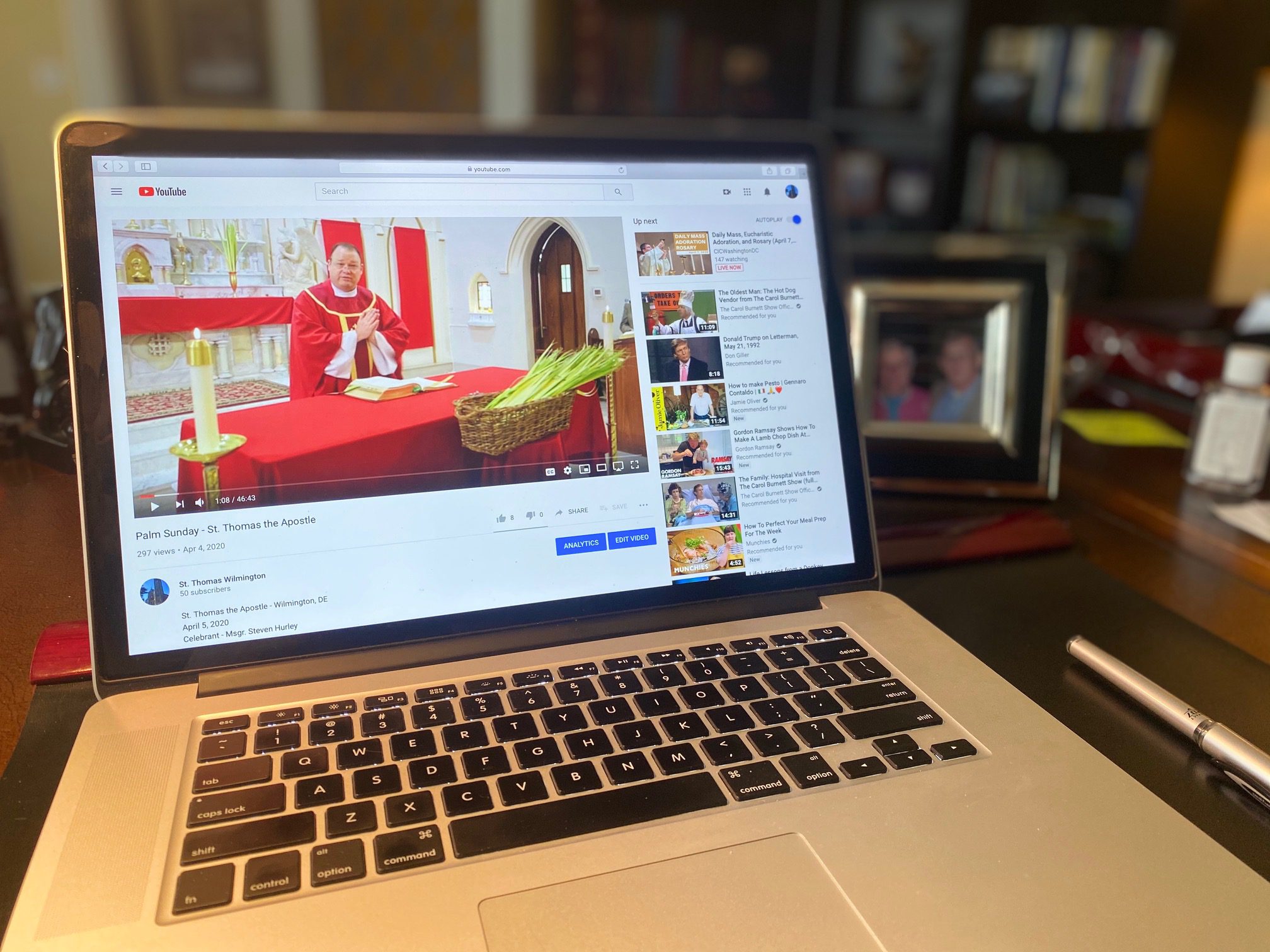 Beginning Saturday, May 15th, the 5pm Mass will be Live streamed. The Sunday 10am Mass will no longer be live streamed. This should provide everyone with more opportunities over the weekend to watch the Mass as the recorded live streams are available online for several weeks at our parish YouTube channel.

Disciples of Christ, Witnesses of Hope

In the Resurrection of Jesus we find hope and the prospect of everlasting life in heaven.  But to obtain eternal life, we must recognize Christ’s call to be His witnesses.  We must become his obedient servants.

The Annual Catholic Appeal, with its theme, “Disciples of Christ, Witnesses of Hope”, brings hope and the good news of Christ’s love to thousands of families and individuals throughout Delaware and the Eastern Shore of Maryland. Funds generated through the Appeal help provide critical financial support to more than thirty pastoral, charitable and educational ministries. With continuing impact caused by the pandemic, when employment has dropped and the hardships of the needy have increased, the hope for the generosity of our parishioners is needed more than ever.

Many of you have received information about this year’s Appeal through the mail. Please take time to read the materials provided prayerfully considering your response. To learn more about the Annual Catholic Appeal visit the diocesan website at www.cdow.org/annualcatholicappeal. 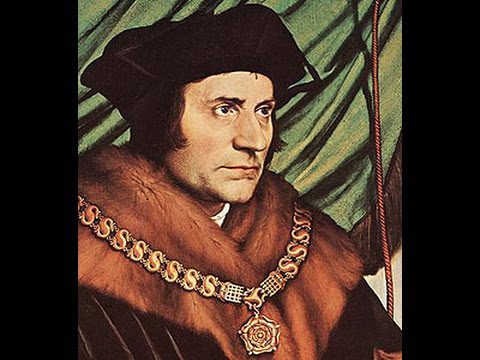 Bishop Malooly has asked that the Litany of St. Thomas More be prayed after all Masses this weekend. We pray through the intercession of St. Thomas More, patron of Statesmen, Politicians and Lawyers, that our elected official may follow in his footsteps of integrity and strength of character. We also pray for peace during this contentious national election.

The Litany can be downloaded here and you can print it out and bring it with you to Mass this weekend. 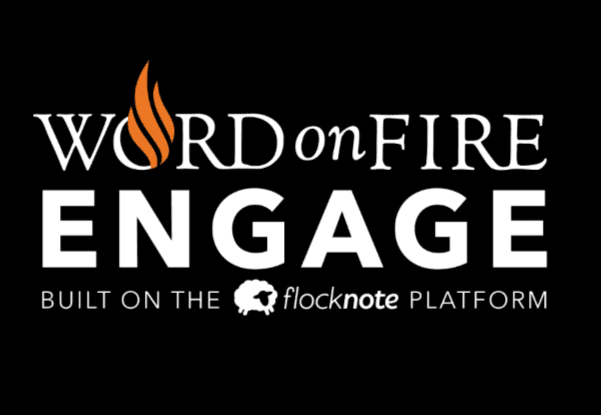 This is a great incentive to sign up for Flocknote!

We have an excellent faith formation opportunity through Bishop Barron’s Word on Fire network and Flocknote.

Through Flocknote, EVERYONE at St. Thomas will get digital streaming access to 100% of Bishop Barron’s films + videos on-demand! No accounts or passwords required.

These videos from Bishop Barron are beautifully photographed around the world and hosted by Bishop Barron, one the most impressive evangelists of our time.

These videos are guaranteed to get you excited about your faith.  Sign up for Flocknote today! 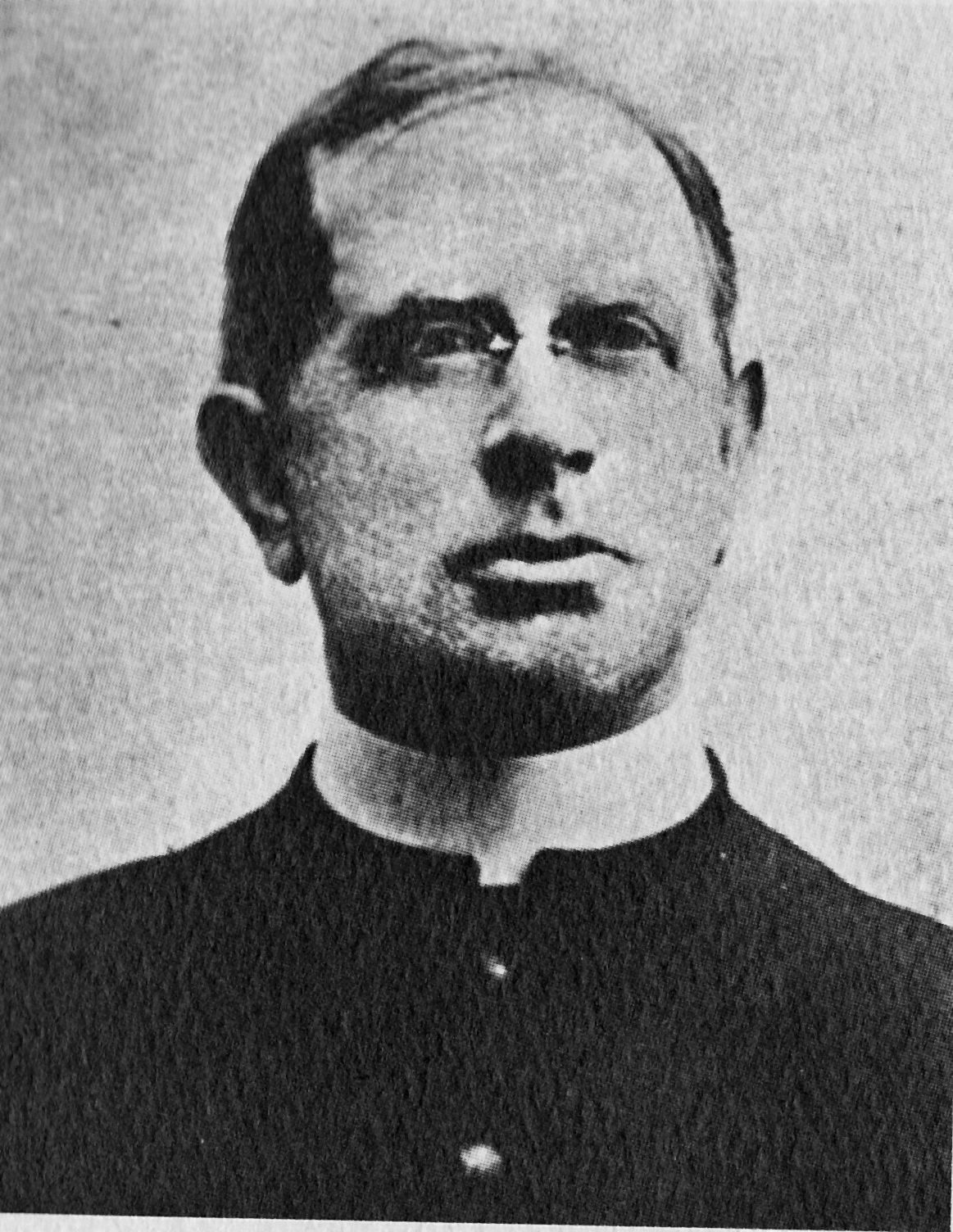 “When the epidemic, Spanish influenza struck, Father John Connelly closed the school (October 3, 1918). Sisters Mary Alma, Mary Edmund, Mary Cajetan and Mary Agilberta went to nearby homes to aid those stricken. School was reopened after one month but then in 1922, from February 7th to 27th the school was again closed due to the scarlet fever epidemic.”